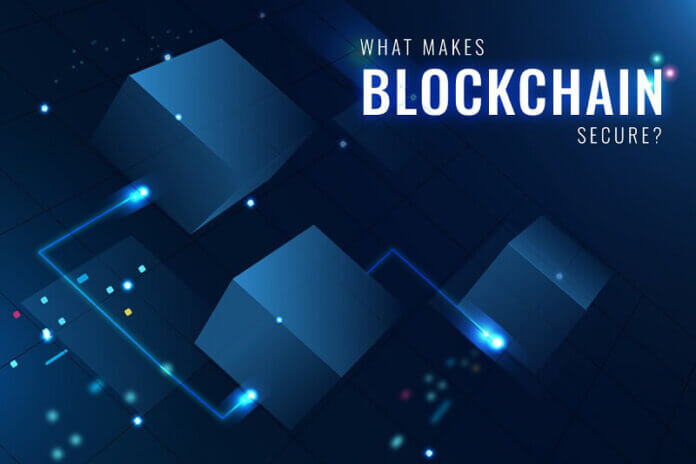 Blockchain is a disruptive technology that has the potential to change our lives. It’s not just about cryptocurrencies or digital currency, but also about the underlying technology that makes this possible: blockchain.

Blockchain is a distributed ledger technology that enables the secure and transparent recording of transactions. It is a way to keep track of who owns what, and it can be used for many different purposes.

Blockchain records transactions in blocks that are connected by cryptographic links called “blocks” (hence the name). Each block contains information about previous blocks as well as its own data (usually encrypted).

This makes it impossible to change any part of one block without affecting all subsequent blocks because they would need to be updated at once when changes were made in any part of them; this prevents fraud or other bad behavior from occurring by making sure everyone knows exactly who owns what at all times

What are the Key Characteristics of Blockchain that make it Secure?

The key characteristics of blockchain are decentralized, immutable, transparent, and non-custodial. These properties enable it to be resistant to censorship and quantum computing attacks.

Why is Blockchain Security Important?

Blockchain security is important because of the benefits it brings to the table. As we mentioned above, blockchain technology provides transparency and trust through its decentralized nature.

This means that users can easily verify transactions without having to rely on a third party or central authority (like a bank). The technology also allows for digital assets (like money) to be transferred between different parties without going through an intermediary like PayPal or Visa.

This level of trust means that hackers won’t have access to your data or personal information as long as it remains on the blockchain network—which is why there are so many companies working on implementing this type of ledger into their own systems today!

The key takeaway here: if you want your company’s data safe from cybercrime attacks then make sure everyone has access

What is the Security Architecture of Blockchain Technology?

Cryptography is used to protect data on a blockchain network by encrypting it before sending it over the network; hashing is used to verify that received data was not altered during transmission; consensus algorithms ensure that all nodes on a network agree on how to proceed with transactions or blocks (i.e., whether or not they want this transaction/block included in their copy).

The blockchain security architecture is the structure that defines how a blockchain network is designed and implemented. It’s a combination of technical, process, and policy controls that ensure that your data remains secure.

A blockchain network has three parts:

How Does the SHA-256 Hash Function Work?

The SHA-256 hashing algorithm is a cryptographic hash function that takes an arbitrary message and produces a fixed-length “fingerprint” or “message digest”. The output can then be used to verify the integrity of data, to avoid tampering with the original file and its associated digital signature.

The SHA-256 algorithm is based on an iterative procedure called selective chaining (or Salsa20) that combines the use of two different hash functions:

How does the Merkle Tree Work?

A Merkle tree is a type of blockchain structure that allows you to prove your ownership of specific data.

When you upload a photo, share it on social media or send an email, the system will use your private key to validate that you own the file and then store it in its database.

The key provides proof that the correct person has uploaded their file at this time, without revealing any other information about them (like their name).

The idea behind this kind of security architecture is that each piece of information should be stored separately from other pieces—whereas today’s databases typically store everything together under one identifier (such as “person_1”).

This makes sense because it’s more efficient when dealing with large amounts of data; however if we want our system to remain secure from being hacked by hackers who have access only through one point in time instead we need something else besides just storing everything under one identifier which could allow them access easily if they wanted too.

The use of blockchain technology is growing more and more every day. Its ever-increasing popularity is mainly due to its secure nature.

Blockchain technology is a distributed ledger technology that’s used to store data. It has many benefits, including:

As the use of blockchain technology is growing more and more every day, so is its popularity. It is a secure system that works well with other technologies and does not have any problems.

You can use it to store data or make payments online without worrying about whether or not your information will be stolen from another person’s computer or phone.

Blockchain is a promising technology that has the potential to revolutionize many industries. But in order to realize that potential, we need to make sure it’s secure.

By understanding the underlying technical principles of blockchain as well as how they can be applied to build more secure systems, businesses will be able to make better decisions about whether or not this technology is right for them and their customers.

Figma is a useful platform for collaborative design. It aspires to be your one-stop shop for creating user interfaces and experiences. Figma allows you...
Read more
Internet of Things

Top IoT Trends to Watch Out for in 2023: Benefits and Challenges

Imagine a world where everything is connected. No, not just your computer or your phone. We're talking about everything: your car, house, appliances, and...
Read more
Development

On your path to hiring dedicated AngularJS developers for your project? We have you covered. From understanding what Angular is and why you would...
Read more

Node.Js Vs Python: Which Backend Technology Require you the most?

What is E-A-T in SEO and How it Works? Everything You Need to Know