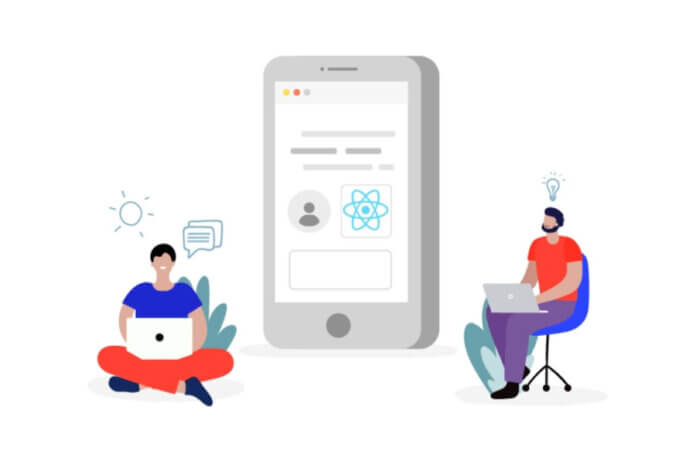 Most of the brands these days are shifting to cross-platform apps. With various choices available in the market. It is crucial to pick the right platform. React Native framework is open-source, created by Facebook. It is written and rendered in JavaScript language. And with the native code. React Native app development has gained great support from the community. Since the date of its launch. And to make it the most preferred alternative. Multiple features have been added to React native.

Why React Native is an accepted app development tool?

The reason for its popularity is the ability to develop cross-platform apps. Firstly, mobile app developers have to code once. And they can render it on multiple platforms. Besides the solid support from the community. We are sharing some of the reasons behind its popularity.

We have explained why React Native is preferred for developers. Now let’s talk about its limitations.

React Native mobile apps are difficult to debug. These apps are built using the language C/C++, Java, etc. Therefore the process of debugging becomes usual. To clear this task. You have to set the integration with Flipper. Flipper has a collection of tools. It can assist in the debugging process.

If you require interactions, multiple screen transitions, etc. Then don’t choose the React Native app framework. Apps with complex gestures are not developed using React Native. But we also have a solution to this problem. React Native framework comes with a gesture answerer system. It runs the tasks of all the gestures. When the issues are complex, then you have to face difficulties.

The framework is updating regularly

The improvement in React Native framework is coming steadily. Every new update has a lot of variations. And sometimes the developers do not get enough time to adapt to changes. Moreover, there are cases when the developers can’t code. Therefore, more components that are inconsistent need to code. The adaptability of React native is under par. When compared with the Native apps.

Not easy to make a cross-platform team

React Native is a cross-platform technology. Developers must have a solid understanding of both web and native technologies. Moreover, they should also acquire UX guidelines, JavaScript, etc. It is not easy to look for developers who possess in-depth experience. Hence, you should opt for an expert react native app development company.

It creates a security issue. As it is an open-source framework. This is obvious for apps in sensitive sectors. Like in finance, banking sector, etc. As data security needs to be very high in such a case. Hence, you can’t go with React Native app development framework here.

React Native is based on JavaScript. So, it takes a longer time to start. The concern remains the same for premium devices. Initializing the duration before it can render for the first time takes higher time than required.

Not compatible with Native

In some cases, React Native fails to perform with the native app. Executing long lists is difficult here. Moreover, coding is still a challenge in React native app development. And you need to do separate coding for the components that are not competent.

Since React Native is backed by Facebook. So whenever Facebook stops, It can become a big problem. Other platforms are also offering similar functions like React Native.

Another shortfall with React native is issuing the license, patents. As per the Facebook licensing policies, access of a user can be restricted in some cases. For instance, if the product is built with open source for a patent issue.

The features are missing in the React Native framework. And that needed to build some sort of app. Therefore, you have to add third-party components. As when you are stuck. You would have to discover a solution. And here, it’s difficult to work with third-party elements.

Testing can be a difficult task in the case of React native. The challenge can be in determining how the app combines with code. It can create errors on various platforms. After completing the translation of native into Javascript. You need to test the program thoroughly. And, you might find bugs in the elements along the way.

When to opt for React Native app development?

React Native comes with a rich ecosystem. And in simple language also. It offers a set of benefits and limitations as well. We will help you with some points to understand the situation better.

Our geeks always make sure to build everything advanced. And using robust technologies to deliver the best products. We adhere to all the commitments. Therefore it makes us one of the leading React Native development companies in the market.

While ending the topic on the disadvantages of the React Native app development. We would mention that it is known for its economical pricing. And also a time-saving approach. Moreover, it delivers a lot of unique benefits. It lets developers reutilize the code.

Also allows the benefit of huge community support. Developers sometimes face challenges due to the JavaScript toolkit. Moreover, it is not so sturdy from a safety point of view. Since Facebook has improved its licensing policy. Hence there’s a scope of it getting more reliable in the future.

But React Native app development might be not a solution for the following:

1- Which language is used to develop react native app development?

2- What are the advantages of react-native app development?

3- What do you suggest: React Native framework or Flutter?

React Native has a more stable framework compared to Flutter. Moreover, the performance of React Native is similar to native apps. Therefore, it ensures a greater performance.

4- Can we say react native is the future of mobile app development?

We have been into mobile app development since 2015. And delivering the best mobile app solutions to businesses. To be very precise, we have delivered 80+ React Native apps.

6- What is the experience level of react native mobile app developers in the React Native programming language?

Our React native developers have successfully delivered projects. And beyond the client’s expectations. The react native app developers are updated with the latest technologies. Moreover, they possess a deep knowledge of JavaScript as well.

7- Can we hire React Native, mobile app developers, every month?

Yes, we have different business models. You are free to choose any of our models.

The 21st-century consumer market is very skeptical. Moreover, a report states that 56% of consumers are not ready to trust a business that doesn’t...
Read more
Development

For all companies across different industry verticals, establishing an online presence is one of the most important responsibilities. Since the maximum of users turn...
Read more
Development

When you're looking for an app developer, it's always wise to consider testimonials. Testimonials are a great way to determine if a developer's work...
Read more